2020 Election Map as called by the Associated Press. The results of the Nov 3rd, 2020 election are in the chart below. President Biden and Vice-President Harris  accumulated over 7 million more votes than the incumbent president, who refused to accept his loss and did not attend the inauguration.  The Vice President attended in his place.  The inauguration of Jan 20, 2021, was the first time in American history the peaceful transition of power in the U.S. was challenged with an attempted coup and insurrection by a sitting President, who tried to use violence to stop the transition, and switch the vote count.
The Coup Attempt: On Jan 6th, 2021, Congress met to officially count the electoral college votes which reflected the results of the popular vote on Nov 3rd, 2020.  Only two states (Nebraska and Maine) apportion their electoral college votes by district within the state to be allocated to the candidates. The event on Jan 6th was only ceremonial, and had no Constitutional authority to change the outcome of the Nov 3rd election.  Unfortunately, followers of the former President - which included a very large number of White supremist, white nationalist, and white militia groups with some armed, were told a lie that Vice President Pence could change the outcome of the election, and he encouraged them to assault the Capitol building to force a change to the election outcome.  After several hours of the Capitol rioters forcing their entry, ransacking and rummaging through the building, which included breaking into offices and stealing documents and electronic equipment, defecating on the floors of the building, spray painting walls with graffiti, searching  for members of congress to attack, police and security teams were able to clear rioters from the Capitol building so that Congress could complete the electoral vote count to comply with their Constitutional authority.  Five (5) U.S. citizens died as a result of the attack on the U.S. Capitol building.  The minority Republican leader in the Senate made a public statement before the nation that the former Republican President bore sole responsibility for the riot and coup attempt, and legal means for prosecution were justifiable, despite the failure to achieve a 2/3rds super-majority vote to convict the former President in the Senate.
The Impeachment: The historic second Impeachment of a President took place in February for inciting insurrection (coup) against the Legislative Branch of government to change the outcome of a democratic election.  The House of Representatives Impeachment Managers presented a case for impeachment to the Senate jurors.  The Senate voted 57 to 43, falling short by ten (10) votes of the constitutionally required 2/3rds super-majority to bar the former President from running again for federal office.  Despite being the most bi-partisan vote in the history of U.S. impeachment trials, too many Republicans feared voting to convict due to the former President's hold on the Republican party, and feared being voted out of office by constituents still beholden to the former President.  As proof of this, many state Republican parties are censuring those Republicans who voted to impeach (https://www.voanews.com/usa/us-politics/republican-groups-censure-party-lawmakers-who-voted-impeach-convict-trump ).  All 50 Democratic Senate members voted to convict along with 7 Republican Senate members. The 43 Republicans who voted not to convict defended their stance by citing as their defense that a former president couldn't be impeached, which is not supported by historical precedent of impeaching federal officials for misconduct.
The truth is that:
1- Impeachment of a federal official can happen anytime, despite leaving or resigning from office. Our Founders did not restrict the impeachment process to only federal officials in office.  In the impeachment trial of a former Sec. of War who resigned in an attempt to beat the impeachment process, congressional members still impeached the Sec. of War in 1876 stating that, "...departing office doesn't excuse the alleged offense, otherwise, officeholders would simply resign to escape conviction or impeachment" (1876 Impeachment of the Secretary of War for Corruption )( Precedent for Impeaching Federal Official ) ( Impeaching Former Officials ).
2- Article 1, Section 3, Clause 7 provides that the sanctions for an impeached and convicted individuals are limited to removal from office and potentially a bar from holding future office.
3- Article 2, Section 4 of the US Constitution allows for the DISQUALIFICATION for future office - FOR EVER! ( Art II, Sect 4 ).
Image source (Associated Press) 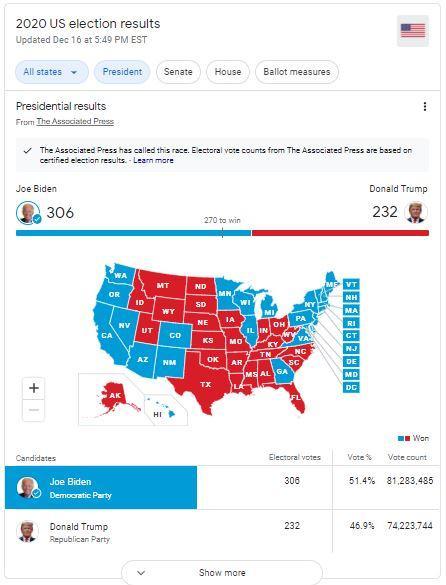